LiveTiles brought to my attention 20 AI Blockchain projects through a great infographic.
Numerai is one that I profiled in 2017 backed by Fred Ehrsam, Joey Krug, Juan Benet, Olaf Carlson-Wee and Union Square Ventures. 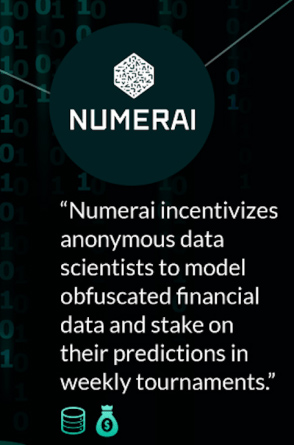 Numerai is creating a meta-model from all the Machine Learning (ML) algorithms developed by “the crowd” with cryptographic data. Numerai aims to offer a platform that generates alpha in a novel way. It wants to structure a rewarding mechanism for its traders that not only eliminates the typical competitive and adversarial behavior between them but actually, penalizes them.

Numerai is a unique venture. It remains the only hedge fund built on blockchain and using ML and data science in a novel way. The novelty lies in changing the incentive and compensation structure of the fund manager.

Numerai launched on 21st February 2017, 1 million Numeraire tokens (NMR) that were airdroped to 12,000 anonymous scientists. The NMR token was awarded to the thousands of data scientists for creating successful machine-learning based predictive models.  Once the data scientists are confident of the predictive ability of their model, they can stake their NMR and earn additional NMR if they are correct.

In March 2019, Numerai reported that $10miilion had been rewarded up to date.  Thereafter, NMR tokens were awarded as rewards to users of its platform. Bear in mind, that if a participant stakes NMR and their model doesn’t perform, the staked tokens are burnt. 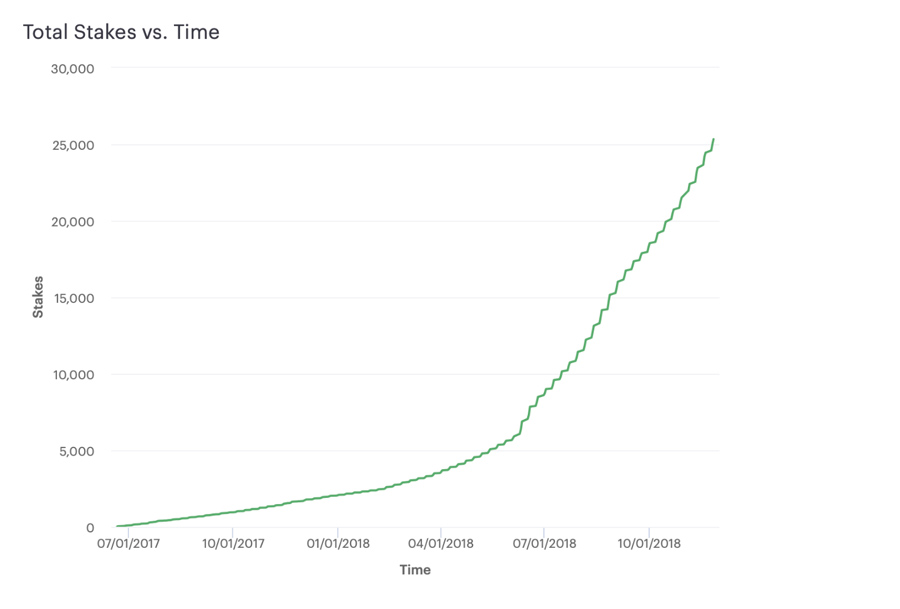 And almost 200,000 models submitted by data scientists around the world for competition to crowdsource the best prediction models.

14/ The almost 200,000 models submitted by data scientists around the world to @numerai's tournaments (decentralizing the insight behind asset management). pic.twitter.com/kKHUSZA7rt

Numerai in March raised $11mil from investors led by Paradigm and Placeholder VCs. Numerai is a very rare case because this fund raising is not for equity but for NMR tokens.

Numerai token is a utility token and investors just bought $11million of NMR tokens. The proceeds will primarily be used to drive the development of Erasure, a decentralized predictions marketplace that Numerai launched.

What does this mean in plain worlds?

Numerai was not a protocol but rather an application – a hedge fund. Erasure will transform it into a protocol. This has several significant implications.

Numerai is being transformed into Erasure. It is being upgraded to a protocol. It becomes much broader than a hedge fund, as all sorts of prediction and data markets can be built on the protocol. The vision is to always to be a token that is actually used. Which brings to the spotlight the lack of transparency around data measuring use of protocol and Dapp tokens.

Spotting `dump pipes` during the re-bundling of banking, is not easy